Whilst Amanita Design games are cute and sweet, I thought I would up my “game” a little (tsk, tsk, I know) and get into a bit of “proper” gaming.  Something with a little more, as they say in Afrikaans, “Skop, Skiet en Donder” (which directly translates to Kick, Shoot and Annihilate).

I played the grand total of 5 minutes of the very first Lara Croft that came out back in ’98 (but got bored quickly), so I was gobsmacked at the level of graphics in THIS game.  I played this (and all my other games) on my Mac.  After all, it was voted as Game of the Year 2014 accordingly to the App Store.

WOW.  All I can say is WOW.  I was hooked from the first five minutes.  Riveting fast paced storyline (a little cheesy and predictable but you can go with it), amazing cut scene graphics, amazing “realtime” third person graphics.  I loved the scenery, the solar flares and the especially the sunsets, but that is just me being a girl.  The keyboard controls took a little getting used to (but I played on the easiest level) so I got prompted each time on what to do, so learnt relatively quickly.   The worlds and maps and adventure feel of this game is just phenomenal.  I am a climber, so I also loved that her climbing abilities are phenomenal and you have to climb often!

On one rainy day I stayed in bed the WHOLE day and gamed. Ok, maybe the whole weekend.  Shhh!

Stressed out?  Trying to take your mind off something?  GET this game.  Although, having said that, I often looked up to see my fella smirking at me in amusement as I realised I was cursing and working up a sweat doing battle on my laptop, looking more stressed than relaxed.  I did die often too, causing some frustration, but added to the challenge I guess.

I actually felt the game was too short (as with anything that is just THAT enjoyable) and cannot wait for the new one to be launched.  I will get it as soon as it is out!

"People eat because they're hungry. I want to make food that makes people stop eating. I want people to sit at that table and be sick with longing." Adam Jones, from the movie Burnt 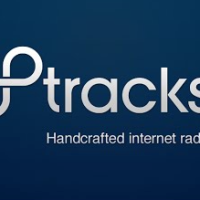